Le Last of the PowerBooks… (almost)

Added that one to my collection last week : 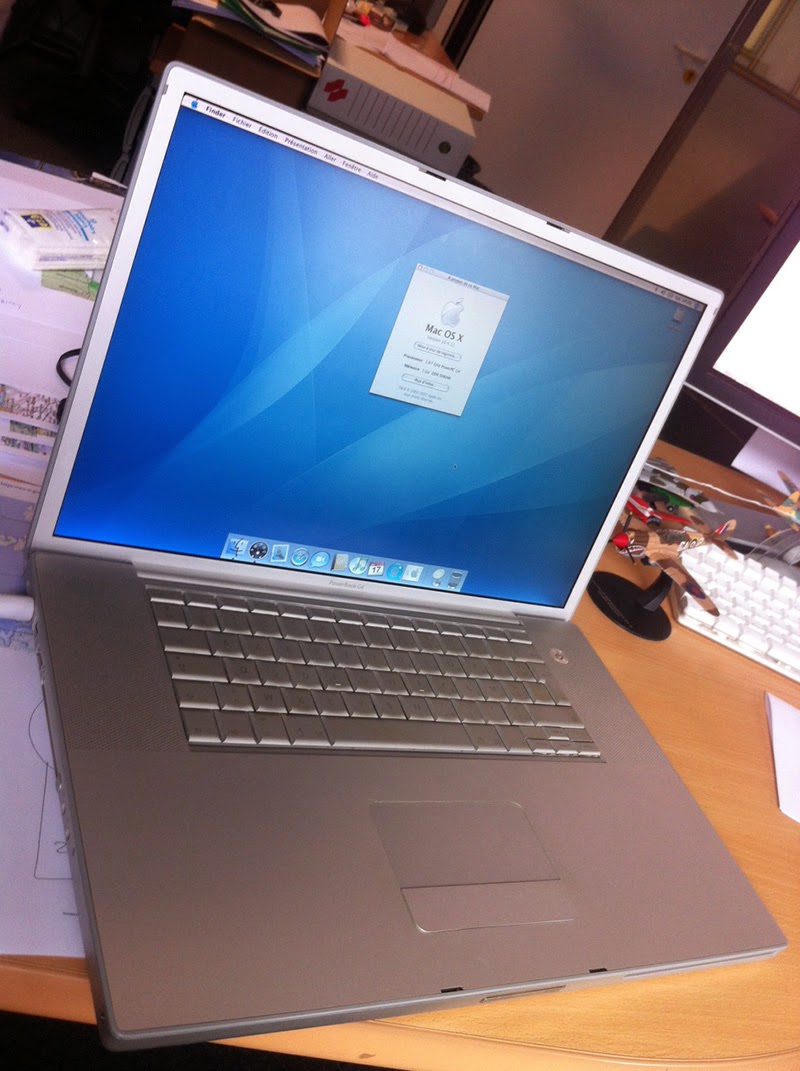 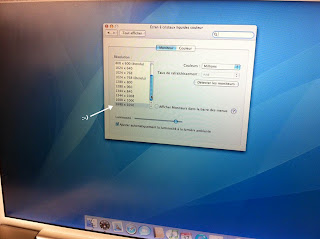 But, but looking more closely, some strange things : 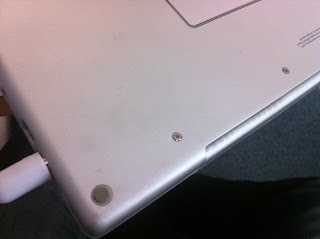 Non-standard screw.
Also, on the front edge near the trackpad, there was a small bump : 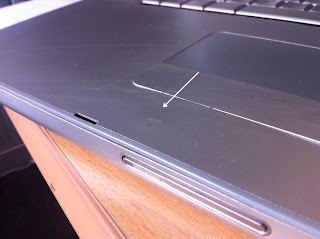 That was caused by a wrong screw model (too long) used in the battery compartment. I replaced it, and diminished the bump by very carefully hiting it . Almost invisible now.
Now looking at the serial number : 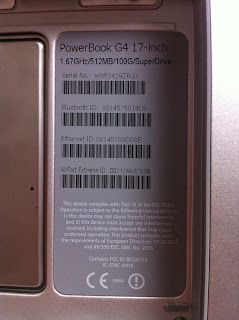 From that serial, it's a A1107 ! not a A1139. And after opening it , yes the main board is indeed a A1107 board matching that serial. But it as a A1139 hires screen. Funny thing is I've read somewhere that these screens models could indeed be swapped , but if a A1107 gets a A1139 screen it wouldn't go to sleep when lid closed, because the place of the magnet initiating the sleep in the screen lid is different for each models.
But, on that one it works ! The PowerBook sleeps when I close it.
So, maybe the person who reassembled that machine managed to move the magnet in the proper place… Anyway, it's well done (not like the misplaced screws…), cause screen bezel disassembly is very difficult on these models, and there is no sign of disassembling or damage on the bezel.
Only other aesthetic problem with that machine is a missing (as usual) rubber foot, but I've replaced it, more on that latter.

All in all, I'm happy with it, wanted a Hires screen 17" PowerBook, A1107 is 1.67Ghz as is A1139, only the RAM speed are different on these. Wasn't too expensive for that kind of PowerBook. It's working well. But curious as I am, I've asked the seller from where he got it. No answer so far ;)

This is a place where I'll post things about my Apple Laptops collection and related. I have another blog (Galgot'sBlog), but the subject is more related to my graphic works, though I post less and less there I don't want to mix my collection and OS musing into it. While I've been using MacOS (Classic and OSX) for a long time, only started getting into linux since about two years , And I'm still a noob, but it's fun learning. And it's fun to give new life to these old PowerBooks.

And Thanks to "ClassicHasClass", from Floodgap ;) who found that nice "Accelerated for PowerPC" animation up there , that I converted to gif.